A very warm welcome to the Long Lane Vasectomy Service.

We are a GP Practice in Leicestershire that have specialised in vasectomy surgery for over the last 12 years. In order to make sure you are happy about having a vasectomy, we have put the information below together and we will also back this up with a counselling appointment which can be either done face to face or over the telephone if you prefer.

It matters that you have enough information to make the right decision for you. Please do not feel pushed or rushed into having the vasectomy, we are very happy if on reflection you decide not to go ahead.

If you have any questions, please feel free at any point to ask. 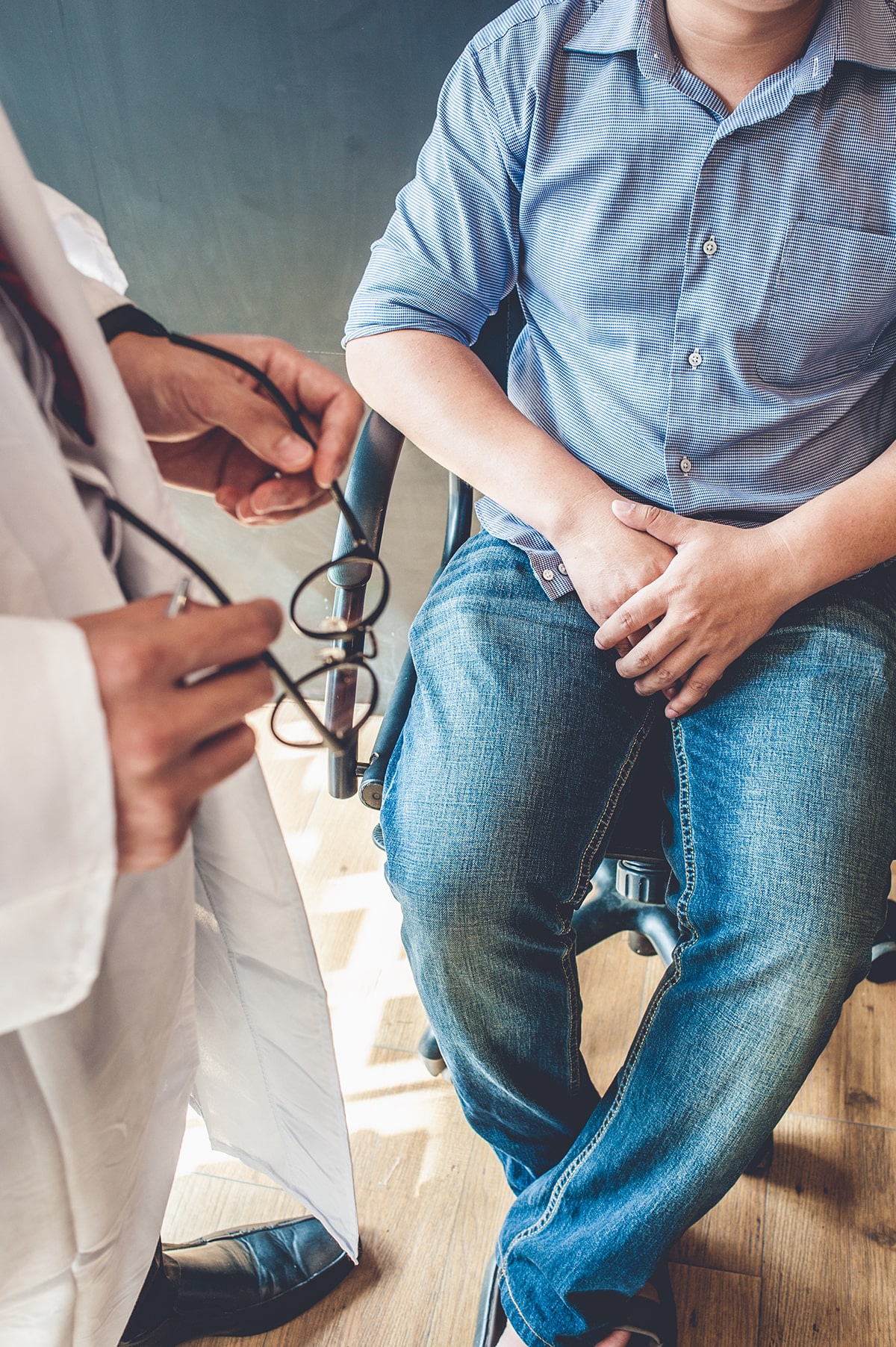 Things To Consider About Vasectomies

Before having a vasectomy, there are lots of important thing to consider, which we will discuss with you at your counselling appointment.

Loss of Child - Even if one of your children were to pass away, would you want another child?

Female sterilisation - Failure rate is higher, but it is thought to be more reversible

At least one specimen will be required post operatively. We have had 4 patients that have had to come back for a re-operation. Sometimes the downstream sperm require more ejaculations to clear them completely so we may need to test you again. It is therefore essential to send in specimens and use other methods of contraception until receipt of the letter from us stating that the operation has been completely successful

Here you will find lots of information about vasectomies, the procedure, what happens after and the answers to the most common questions we are asked.

What is vasectomy?
Vasectomy is a small operation to cut the vas deferens. This is the tube that takes sperm from the testes to the penis. Sperm are made in the testes. Once the vas deferens is cut, sperm can no longer get into the semen that is ejaculated ('comes') during sex.
How reliable is a vasectomy?
Vasectomy is very reliable - but not quite 100%. About 1 in 1000 operations are not successful, and semen tests show sperm still present after the operation. Even after a successful operation about 1 in 2000 men who have had a vasectomy will become fertile again at some point in the future. This is because, rarely, the two ends of the cut vas deferens re-unite over time.
How is a vasectomy done?
It is done under local anaesthetic. Local anaesthetic (a numbing liquid) is injected into a small area of skin on either side of the scrotum above the testes. A small cut is then made to these numbed areas of skin. The vas deferens can be seen quite easily under the cut skin. The Vas is then cut, and the two ends are burnt. The small cuts to the skin are then left open. The operation takes about 5-10 minutes. There is often some discomfort and bruising for a few days afterwards. The discomfort can be helped by wearing tight fitting underpants (which you will need to bring with you on the day of your operation) day and night for a week or so after the operation. It is also best not to do any heavy work, exercise, or lifting for a week or so after the operation.
Are there any risks to the operation?
Most men have no problems after a vasectomy. Problems are uncommon but include the following.
The day of the operation

You MUST bring someone with you on the day of the procedure that can assist you should it be required and to drive you home. Sometimes you can feel a bit faint post operatively. A few days before you need to shave your scrotum (ball sack) and all around the base of penis. Ideally have a light meal on the day of the operation. Bring a TIGHT fitting pair of underpants / jock strap to support your testicles afterwards. This will help to keep you as comfortable as possible.

How do I know it has been successful?
Some sperm survive in the 'upstream' part of the vas deferens for several weeks after vasectomy. These can get into the semen for a while after the operation. At 18 weeks after the operation you will need to produce a semen sample for testing. These are looked at under the microscope to check for sperm. If these are clear of sperm you will be given the 'all clear'. You still need to use another form of contraception, such as condoms, until you get the 'all clear' letter from ourselves.
What are the advantages of vasectomy?
It is permanent and you don't have to think of contraception again. It is easier to do, safer and more effective, than female sterilisation.
What are the disadvantages of vasectomy?
It will take a minimum of 18 weeks before the semen is free from sperm. As it is permanent, some people who regret having a vasectomy may not be able to have their vasectomy reversed.
Will it affect my sex drive?
No. The sex hormones made by the testes (testosterone etc) continue to be passed into the bloodstream as before. Also, vasectomy does not reduce the amount of semen (fluid) when you ejaculate ('come') during sex. Sperm only contributes a tiny amount to semen. Semen is made in the seminal vesicles and prostate higher 'upstream'. Sex may even be more enjoyable as the worry and inconvenience of other forms of contraception are removed.
What happens to the sperm?
Sperm are still made as before in the testes. The sperm cannot get past the blocked vas deferens and are 'dissolved' into the body. Over time the testes stop making as much sperm, which is one reason why reversal operations have such a low success rate.
Some other points about vasectomy
Don't consider having the operation unless you and your partner are sure you do not want children, or further children. It is wise not to make the decision at times of crisis or change, such as after a new baby or termination of pregnancy. It is best not to make the decision if there are any major problems in your relationship with your partner. It will not solve any sexual problems. Doctors normally like to be sure that both partners are involved with the decision before doing a vasectomy. However, it is not a legal requirement to get your partner's permission.
Does the operation hurt?
No more than any other minor operation that uses local anaesthetic. The injection of local anaesthetic may sting a bit for a few seconds. It is put in just a small area of skin, so it is nothing to worry about. After this the operation is usually painless. After the operation, when the local anaesthetic wears off, the top part of the scrotum is normally mildly sore for a few days. Ignore any 'scare stories' that seem to be a favourite joke topic for some men.
What if I change my mind?
Vasectomy is considered permanent. There is an operation to re-unite the two cut ends of the vas deferens. However it is a difficult operation and not always successful. It is also not available on the NHS, so you would have to pay for this yourself.
How soon after the operation can I have sex?
You can resume sex after 2 weeks once comfortable. However, remember you will have to use other methods of contraception (such as condoms) until you provide a semen specimen at 18 weeks after the operation which is clear of sperm. Some sperm will survive 'downstream' from the cut vas deferens for a several weeks. You must wait till you get the 'all clear' letter from us before stopping other forms of contraception.
I have heard that there is an increase in the risk of testicle or prostate cancer after vasectomy. Is this true?
The short answer is no. Several studies have been done and have shown that there is no causative link between vasectomy and an increased risk of either cancer. Also there is no evidence that vasectomy leads to an increase in heart disease.

Your GP and practice nurse are good sources of information. However if you have any queries. The FPA (formerly the family planning association) also provide information and advice. FPA's helpline: 0845 310 1334 or visit their website: www.fpa.org.uk